Reading:
Amazon Price Match Explained: The Battle of The Retail Giants
Share this:

Amazon Price Match Explained: The Battle of The Retail Giants

In the past decades, if a consumer needed a particular product, then they would be forced to drive all over town, searching different stores in order to find what they were after.

Due to this ongoing issue, the rise in popularity of ecommerce websites alongside the explosion in use of the internet has been staggering. Ecommerce refers to the act of purchasing and selling goods and services over the internet.

You can buy anything these days on the internet, including car, clothes, books, toys, insurance, and furniture, to mention a few things. There is a plethora of payment options as well which have streamlined this process even further.

As ecommerce has settled into the mainstream as part of the bedrock of everyday transactions, it has become easier than ever for consumers to find what they are looking for – and for those more frugal customers to be able to carry out price checks as well!

It is standard for customers to evaluate a website based on the quality of its design, the things it offers, and the prices which it offers to sell them at. It is commonplace for customers to go looking for the very best deal as they can do so now, from the comfort of their own home.

Moving alongside the growth of ecommerce platforms has been Amazon, one of the most well-known and used ecommerce websites in the world, seeing over a billion visitors each and every month.

Amazon, had humble origins, beginning as an online bookstore in 1994 in Washington, United States.

You would have been hard pressed to find a single person who could foresee the monumental growth of Amazon into the global enterprise it is today…outside of its founder and executive chairman, Jeff Bezos.

In conjunction with its growth Amazon began branching out in terms of the items they sell on their platform. In 2021, they offer millions of products to choose from, including CDs, DVDs, software, video games, groceries, furniture, jewellery, and toys, among other things.

With such a wide range of products being sold on Amazon, it’s not hard to imagine why millions of web users visit the website each month. The question is, how does Amazon manage to entice customers back to its website?

What is Amazon Price Match?

It will not be uncommon for you to have seen strong sales call-to-actions saying things such as:

Some variation of this would have been heard by you at some point in your life.

The majority of the people who post these adverts nowadays are ecommerce stores. Some vendors may go so far as to even provide you with a discount if you locate the identical item at a lower or the same price at another store.

This is referred to as price matching in the industry. This notion is becoming increasingly popular these days, particularly in huge stores and e-commerce platforms…and as a result, smaller businesses who operate on tighter profit margins are not able to keep up.

When customers are lured to price matching, retailers are oftentimes thrilled with the results.

Whilst the results are brilliant, these online retailers still proceed with caution due to market fluctuations.

Walmart, for example, is one online store that offers price matching policies to its customers during certain seasons of the year. Some other retailers, such as Target and Best Buy, abide by the price matching principle on a permanent basis.

Customers who use price matching policies may not always succeed in their endeavours. Between 5-10% of price match transactions are believed to occur during the holiday shopping season, according to industry estimates.

It is considerably lower for the rest of the year when sales can suffer from a slowdown in activity.

Price matching applications are available for select stores, which makes it easier for customers to find the best deal. In addition, it can be difficult to price match with retailers at times.

Customers believe that nearly all online vendors will find a method to get out of price matching wherever they can if given the opportunity. They also believe that various policies apply to different stores, and even different cashiers, depending on where they go shopping.

Online retailer, Amazon is regarded as the world’s greatest by Web Toptenz, which ranks the company first in the category. The list is compiled based on factors such as pricing, speed of delivery, and a big assortment of products. Walmart is the second-ranked company on the list and is also Amazon’s biggest rival.

There is a plethora of other online shops who are attempting to compete with Amazon’s price matching policy. But to better understand how Amazon operates it’s price match policy it is important to understand it’s algorithmic working.

A key tool which helps Amazon maintain its commerce supremacy is an algorithm which strives to match or surpass prices from competing websites and stores.

The lowest pricing per unit or per ounce for a certain product, according to former Amazon employees, is found at Costco and applied across the board to the same sort of thing on Amazon, even when the pack size is substantially lower, according to the employees.

That is an excellent deal for customers, which is likely what motivated Amazon to make this decision in the first place, given the company’s concern with providing value to customers.

However, Amazon is now selling individual things at Costco rates while not receiving the same wholesale price that Costco receives on a wholesale basis. It will be extremely difficult for Amazon to make a profit off of those products, to put it bluntly.

According to industry insiders, when Walmart notices this, it “freaks out” on the supplier. The fact that Amazon may not be receiving the same wholesale price as other retailers like Costco or other membership clubs makes no difference to Walmart.

Put another way, even if Amazon does not benefit from its incredibly low prices, Walmart continues to demand the same bulk-rate discount that it receives on individual items.

This has created an air of pressure around Walmart executives, and they still apply disproportionate amounts of pressure on their suppliers as a result.

In certain cases, Amazon is willing to lose money for a length of time in order to acquire a product that it categorically must have on its storefront.

This is in part because Amazon understand and is determined to continue an expansion in its options for non-perishable grocery items if it wants to compete effectively with Walmart in the $800 billion area.

Walmart executives have also stated that Amazon has been increasing the pressure on manufacturers of goods where they are unable to sell their items for a profit – as casualty of Amazon’s aggressive price matching strategy.

Nothing sums up this cutthroat approach more than the acronym used to describe unprofitable items a.k.a CRaP products on Amazon, where the acronym stands for “Can’t Realize a Profit.”

Due to the monolithic size of Amazon, the company is not adverse averse to kicking out both large and small firms. This creates a sense of unease due to Amazons practices, however there are a number of larger retailers who are meeting this approach head-on!

Here is a list of some well-known retailers, along with their price-matching practises:

What strategies do other online retailers use to compete with Amazon’s price match policy?

The battle for the e-commerce kingdom is now being waged by Amazon and Walmart against each other, but eBay, one of the oldest shopping websites and a long-time competitor of Amazon in the market, is seeking to make a comeback.

eBay has stated that it will match Amazon’s prices on about 50,000 products, according to the company.

They’ve also stated that they’ll deliver the best price that can be found on the internet. If you can discover a lower price on a competitor’s website, they will match that price for you without any questions asked.

When compared to Amazon, eBay has experienced a decline in sales throughout the years. That is why they are aiming for a successful resurgence this time around.

According to eBay, this move is motivated by the need to retain their base of significant customers.

In the same way that Amazon claims to price match, eBay offers to price match a wide selection of hot items such as consumer electronics, fashion, and household necessities with up to 90% discounted on specific items.

Best Buy was one of the first merchants to match Amazon’s pricing, according to the company.

Best Buy, like other stores, will match the price of an identical item up to one time per customer. With a smartphone, you can easily compare costs with various websites and businesses.

In addition to Amazon price matching, they also price match with Apple, Home Depot, Dell, Frys, and Staples, among other retailers.

Keeping your receipts is usually an excellent habit to develop. For the first 15 days following your purchase, Best Buy will match the price of your product.

Target is one of the sites that has integrated Amazon’s pricing information. If you locate a better product at Amazon, they will price match it only if the identical and same product is available with them at the time of purchase. For each item, there is a restriction of one online price match per user.

The method is simple because all you have to do is show Target the pricing on your phone and you’re done. The price matching policy does not apply to home products or clearance items, though.

Finally, Stapes is one of the largest office supply stores which will price match Amazon – both in their brick-and-mortar stores as well as online.

Several conditions must be met in order for the staples price matching policy to be effective. The item must have the same model number and warranty information as the original. Price matching is not limited to Amazon; they also match prices with other retailers such as Walmart and Xerox.

Even though price matching is a great policy for customers, and even retailers if done correctly – it is reliant on brand strength and trust in order for it to truly be game-changing.

It is not uncommon for different vendors to each have their own set of regulations for price matching, customers can become frustrated and perplexed as a result.

A discount may be available if you are fortunate, but keep in mind that the likelihood of this occurring is extremely low.

Amazon, on the other hand, continues to be one of the most trusted online retailers among a huge number of clients.

This is due to the fact that they have a large assortment of products, quick delivery services, price matching, reasonable rates, and a high rate of customer satisfaction.

This allows them to maintain their position at the top of the competition. The war will not stop anytime soon, so long as Amazon wishes to expand its growth and keeps refining and improving their techniques to guarantee that they are not becoming complacent or resting on their laurels. 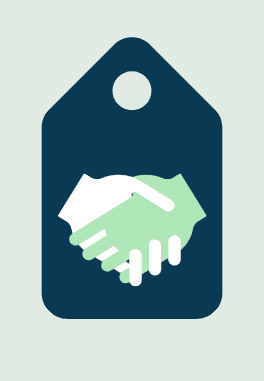 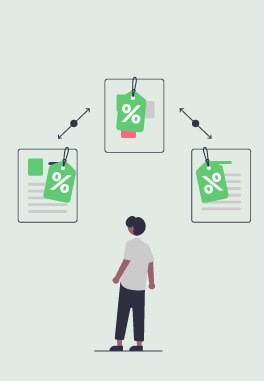 What Is Price Sensitivity? Things We’ve Learned From Marketing Research 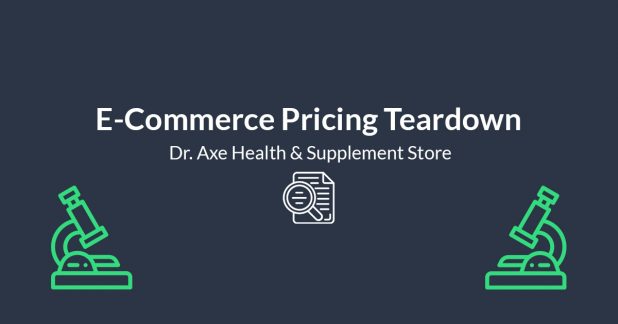 In this e-commerce pricing teardown, we've picked Dr. Axe, a company that specializes in health and fitness. Learn more->