Reading:
What is Predatory Pricing? | Pros & Cons
Share this:

What is Predatory Pricing? | Pros & Cons

Predatory pricing is the strategy of using below-cost pricing to undercut competitors and establish a market advantage.

It is a method in which a seller sets a price so low that other suppliers can’t compete and are mainly forced to exit the market.

A company with a predatory pricing strategy will see initial losses, but eventually, it benefits by driving competitors out of the market and raising its prices again. Because this sharp price reduction is made for a certain period.

Let’s continue more with the details.

How Predatory Pricing Works and Why is it Important?

Predatory pricing occurs when a company drastically lowers its price to make it impossible for competitors to remain in the market. This not only maintains your existing customer segment and also allows you to expand your customer base by making the company more preferred due to low prices.

If the initial losses caused by predatory pricing are replaceable, it is a good way to increase market share and then to raise prices and create higher profits in the long run.

So long as the business’ future accounting is healthy, investors may be willing to shoulder this burden in the short term.

How does that work?

This pricing strategy turns away new entrants and makes it difficult for newcomers to overcome market entry threats.

Think about the competition! It is very hard to enter and also it is just the moment that you can be out. This stops the regular competitive market from charging reasonable prices both for the consumer and retailer.

Why You Should be Cautious to Implementing It?

There are many factors to consider when using predatory pricing. Because in some circumstances this method is not considered fair.

While it has many positive advantages, it also carries great risks. Also, although the market is ‘free’, competition is protected by antitrust laws so as not to make markets vulnerable to a monopoly. It is important to comply with these laws because companies can face financial losses due to lawsuits.

Also, before you get the idea of lowering prices, you should make sure that the profit you lose in this short time can be covered in the long run.

Taking part in intense competition with predatory pricing benefits the consumer first and foremost. But because of the decrease in diversity, a monopoly emerges. Yes, the price is cheap, but there should always be many options on the market, not just one.

This is a freedom offered to the consumer. A monopoly situation arises and the firm may increase prices with this power.

What are the Advantages of Predatory Pricing?

Consumers will at first benefit from unexpected lower prices that the predatory company is selling at. They also might benefit from aggressive situations in the market in the short run.

Meanwhile, if the company employing predatory policies is not regulated by the law, they will form a monopoly. Because now the competition is successfully slowed down.

One of the benefits of predatory pricing is having a dominant position in the market. The fact that the business owner has a say in the market is one of the long-term effects of this strategy.

The company, which attracts all customers due to low prices, eliminates its competitors and has a kind of monopoly. This situation puts the company in the dominant power position.

Companies that cannot keep up with the reduced prices face the danger of leaving the market. With the strengthening of the dominant company in the long term, those who cannot meet their costs leave the market one by one. It ultimately helps to minimize the competition to a greater extent.

As a business owner using the predatory pricing strategy, you create an environment with dead-end for the new entrants as it will not be easy to maintain business in such hard conditions.

In summary, the way we look at this strategy varies a lot in terms of the results and the benefits it brings to us. While it benefits both the consumer and the producer in the short run, it harms the market by reducing competition and creating monopoly power in the long run.

What are the Disadvantages of Predatory Pricing?

Competitors will eventually be unable to sustain themselves against the predatory company. In that case, they will be driven out of the market altogether.

Under such conditions, prices are likely to rise sharply to compensate for the short-term losses.

Product quality declines when there is no competition. Meanwhile, innovation is usually holding still due to the monopoly power of the market.

Finally, customers will suffer from abnormal high prices from the monopoly, as well as a drop in the quality of the product or service.

Suppose a company is using the predatory pricing strategy and successfully driving away most of its competitors. After that, it increases the prices to recover its loss, and another company enters the market. What will the original company do?

Well, it starts the predatory pricing war. What can also happen if the new entrant follows the same strategy and tries to eliminate the other competitors? Then, a circle begins.

If we look at it from a point of legal issues, although antitrust law is not usually concerned with setting a limit on price competition, under certain conditions low prices have anticompetitive effects. In such cases, there are some conditions determined and restricted by laws.

In general, it is a very risky strategy that needs to be regulated in many parts.

How Does It Affect the Market?

Predatory pricing seems like a possible idea in the short term but will become kind of impossible to maintain over a longer period. Because competition is always supported in the market. Diversity always offers positive opportunities to the consumer.

Yes, the competition is very high today and it is very difficult to hold on to this competition. For this reason, predatory pricing may make it easier for you to enter the competition, but in the long run, new entrants will also follow this strategy. It is inevitable to enter an endless loop.

Consumers will ultimately be worse off if competition is weakened, leading to higher prices and reduced product quality and choice.

However, it can also encourage new ventures. Because sometimes entering the market causes hesitations. We seek security. It may be a good idea to provide this assurance and consumer network at low prices and then adapt to the main market conditions.

The Case of New Italian Restaurant

Well, what this restaurant might do is cut down their prices. Right? You really know the cost of your menu. New restaurants got most of the customer base with their lower prices. After that, the others who can’t have economic profit chose to leave this neighborhood.

It’s really hard to tell whether you’re decreasing prices out of predatory pricing behavior or if you’re just reacting to opening a new restaurant and just lowering your prices to be closer to the average variable costs. So that, we do expect in the existence of competition.

The Case of Amazon

A real-life example is Amazon, which sometimes sells books at very lowered prices. In the year 2013, it became apparent that Amazon.com was willing and even able to sell its printed and electronic books at a rate that was considered very low by the competitors that sell books in physical stores.

It was a situation that the giant e-commerce company could suppose buy a book at 15 dollars and sell it at 10 dollars which other companies were unable to do. Because in order to do that, you need a ready and serious big budget.

This was considered predatory pricing on its part as it was successfully driving up its sales busts in the market and slowly and steadily extracting the competitors one by one.

The Case of the Small Shop & Supermarket

In South Korea, an interesting story formed after a small corner shop beat a supermarket chain at its own strategy. The supermarket wanted to stop the small shop from selling a product so that they can have market power. Afterward, started to sell the product at a much lower price. Like this, the predatory pricing story begins.

After that, the small store did the same – reducing the price of that product by exactly the same amount. At this point, nothing changed. The profit of both supermarket and small shop owner has decreased. But a good point: consumers got benefit from lower prices.

The supermarket lowered its price further, and the next day it was matched by the small store. This went for a while until both retailers were selling at an insanely low price without any profit.

One consumer was really interested. He goes to the small store and says: “You are not able to buy that product in large quantities, like the supermarket. So, how do you match its prices?”

The owner of the store said:

“I buy the product from the supermarket and also sell at its cost.”

A month later the large supermarket company gave up and started selling the product at a reasonable price again.

As we mentioned before predatory pricing should be used if it is beneficial to your situation. If it is not there is no insistence to do it.

market power. Because always next entrants can also follow the exact same strategy against you. In this case, the tactic of covering the losses by gaining market power caused by low prices falls into the water.

So What We Have Learned?

Competitive pricing strategy definition, advantages, and disadvantages are all laid out to help ensure you're offering the best deal. Learn more->

Loss Leader Pricing: When Should You Do It

Loss leader pricing is not a strategy you should take lightly. The competition is fierce, and the results are not always good. Learn more-> 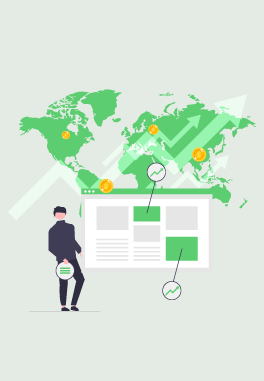